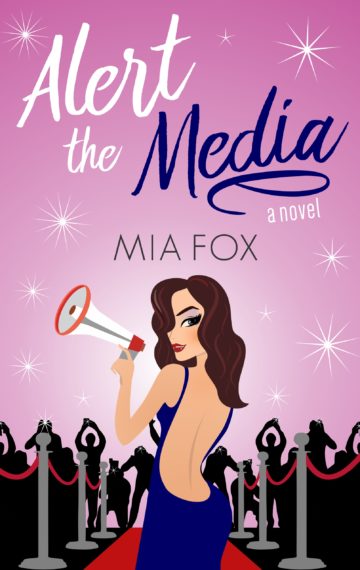 When you’re an entertainment publicist, there’s no better cure for a broken heart than to Alert the Media.

April and Ryan Monahan are the perfect Hollywood couple…or so it seems. He’s a handsome actor; she’s his high-powered publicist. However, life becomes more chaotic when Ryan announces he is gay and April’s boss insists she maintain Ryan’s status as a Hollywood heartthrob or lose her job. As she picks up the pieces of her destroyed marriage and saves herself from financial ruin, April is determined to compete with Ryan for power, publicity, and true love.

To save her sanity, her corner office, and her two dogs from becoming caught up in an ugly custody battle, April constructs a plan to use her media savvy skills to her advantage.

Fans of Kevin Kwan’s “Crazy Rich Asians” and “Sophie Kinsella’s “My Not So Perfect Life” will want to read this chick lit satire.