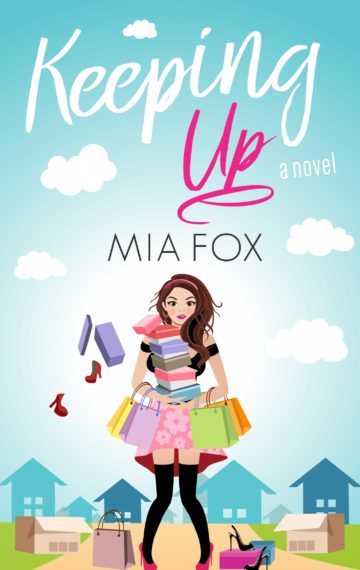 Keeping up with the Jones’ was never so complicated!

Since elementary school days, Katie wanted to be like beautiful, blonde Amanda Exeter, a woman she views with equal amounts disdain and admiration. After years of hoping and wishing, Katie and her husband, Rich, finally move into the same gated community as Amanda.

But the moving truck no sooner leaves the driveway of their Beverly Hills abode, when Katie decides something is terribly wrong. The ‘move-in condition’ home now seems obviously void of what the neighbors call essentials — built-in barbecues, french doors, imported fabrics, and luxury vehicles in the garage.

Katie immediately launches a plan to remake herself and Rich as the neighborhood’s newest “It” couple. But her efforts backfire with every hair-brained scheme to climb the social ladder.

Fans of Kevin Kwan’s “Crazy Rich Asians,” Allison Pearson’s “I Don’t Know How She Does It” and Sophie Kinsella’s “Confessions of a Shopaholic” will love this satirical, chick lit comedy. Buy “Keeping Up” and discover that the grass isn’t always greener in a bigger, brighter pasture.