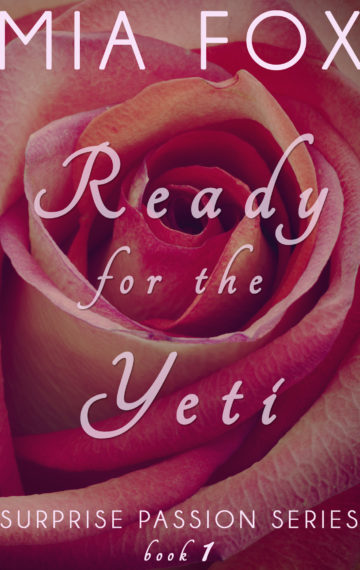 Anna is an anthropologist who knows what makes a man tick. That knowledge is put to the test when the biotech company that employs her demands that she get up close and personal with a captured Yeti. Anna hates that this beast has been taken from the wild, but her job is on the line if she doesn’t do as they ask. She’s been given one week to harvest the Yeti’s sperm for use in a new infertility drug.

While doing her best to tame the beast, Anna is as surprised as anyone, particularly her sexually disappointing ex-boyfriend and boss, to discover that the yeti has some very admirable qualities.

Ready for the Yeti is the first installment of the Surprise Passion Series, fast and sexy reads that will leave you breathless. Discover passion where you least expect it.