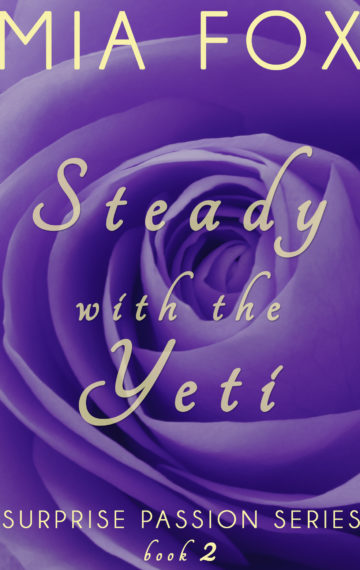 Anna is one of the premiere anthropologists in the country, now working for MedSecs, a biotech firm that is leading the race to solve male infertility. Their secret weapon…a captured yeti.

Seeing this magnificent creature taken from its natural habitat breaks Anna’s heart and she is reticent to oblige the demands of her firm. But Anna’s boss, David, has given her an ultimatum…retrieve the yeti’s sperm for science or she’ll be denied her research grant.

As Anna gets up close and personal with the yeti, she makes a most surprising discovery. She doesn’t want the world to get the yeti’s seed; she wants it all for herself.

Anna must figure out a way to pay off her debts while being true to the yeti she wants to protect. When David offers an unthinkable solution…spend her days with him so she can enjoy her nights with the yeti, she realizes what she really desires is to go steady with the yeti.