I’m honored that author Kassandra Lamb has agreed to guest post on my blog today. Here, she discusses, “Where Do I Get My Ideas.” This guest post is a continuation of a blog tour by My Family’s Heart for Kassandra’s latest novel, “Fatal Forty-Eight.”

I hear that question a lot. For me, getting the idea has never been a problem. I’ve always had an overactive imagination. This is probably true for fiction writers in general.

In my case, that lively imagination is coupled with a slightly paranoid streak. This morbid tendency may not be all that healthy, but it does come in handy when one writes mysteries.

Writers start with a “what if” scenario. What if this happened, or that happened? After my first book was published, my paranoia kicked in and I was inordinately concerned about others plagiarizing my ideas. That got me wondering how one would prove that they had not plagiarized another person’s ideas. How do you prove a negative?

This led to the idea for my second book, ILL-TIMED ENTANGLEMENTS, which is a romantic suspense story.

This newest release, FATAL FORTY-EIGHT, started with “What if a therapist were kidnapped from his/her office?” Therapists trust that new clients coming into their offices for the first time are on the up-and-up. It’s one of those areas where people still operate on faith in their fellow human beings, kind of like when women assume no one will mess with their purse when they get up to take communion in church or to dance at a social gathering.

Hmm… *rubs chin* What if a thief stole from womens’ purses at a dance and one happened to have a secret letter in her wallet?

Uh, where was I? Oh yeah, that kidnapping scenario was the beginning of the idea for this new thriller. Then I decided to make the kidnapper a serial killer, and I was off and running.

Um, stay tuned. I may just write that one about the secret letter. *files idea in mental file drawer marked “Paranoid Scenarios”* 😀

Celebration turns to nightmare when psychotherapist Kate Huntington’s guest of honor disappears en route to her own retirement party. Kate’s former boss, Sally Ford, has been kidnapped by a serial killer who holds his victims exactly forty-eight hours before killing them.

With time ticking away, the police allow Kate and her P.I. husband to help with the investigation. The FBI agents involved in the case have mixed reactions to the “civilian consultants.” The senior agent welcomes Kate’s assistance as he fine-tunes his psychological profile. His voluptuous, young partner is more by the book. She locks horns out in the field with Kate’s husband, while back at headquarters, misunderstandings abound.

But they can ill afford these distractions. Sally’s time is about to expire.

“Charles,” she said into the phone, “I’m sorry, but I have to–”
“No, baby, that’s not the issue. I don’t care about going out to dinner, but that wasn’t really where we were going tonight.”
“What do you mean?”
Charles blew out air on the other end of the line.
Dear lord, even his sighs are sexy!
“You’ve got to promise you won’t let on that I told you.”
“Told me what?”
“I was charged with getting you to your surprise retirement party tonight.”
It took a second for Sally to digest that. “So we’ve got to show up at the restaurant then.”
“Yeah, that was the tricky part, how to get you to where we’re really going,” Charles said. “The party’s at a former employee’s house. A lady named Kate…can’t remember her last name.”
“Huntington.”
“No that isn’t it.”
“Oh, right, Canfield. She’s remarried since she left the center.”
Sally glanced at her watch. Five o’clock. “Charles, I’ve gotta go. I have this client waiting. What time’s the party?”
“Seven was when I was supposed to get you there.”
“Why don’t you swing by and pick me up at quarter of. We’ll come back for my car later.”
“Okay,” Charles said, “but you’ve got to act surprised or Pauline is going to skin me alive.”
“Pauline? She’s been retired six years now!”
“You seem to inspire loyalty in even your former employees, baby.”
“Humph. See you at six forty-five.”
Sally hung up her desk phone and stood up. She tugged on the bottom of her tailored jacket. At least she was wearing something she would be comfortable in all evening. The pale peach suit was one of her favorite outfits, partly because it complemented her chocolate brown skin but mainly because it fit her so well, without any binding or pinching. Too often, in her opinion, women’s clothing was too much about the latest style and not enough about practicality and comfort.
She went out to the waiting area of the center, an apology on her lips for keeping this new client waiting.
But he never gave her a chance to verbalize it.
The short, inconsequential-looking man stood up quickly. “Thank you for seeing me on such short notice, Ms. Ford. I’m thrilled to make your acquaintance.”
Thrilled to make my acquaintance? What an odd choice of words.
Sally extended her hand. As the man shook it, he placed his other hand on her arm.
A sharp zing. Her arm reflexively jerked away.
The man jumped back a little. “Oh my, I’m sorry. Static electricity.” His embarrassed laughter sounded almost feminine. “It’s such a nuisance this time of year.”
“No problem, Mr. Johnson,” Sally said. “Come on in to my office.”
He followed her down the short hallway and through the door, closing it behind him.
Sally stumbled a little as she walked to the sitting area in the corner of the room, where she talked to clients. She was even more exhausted than she’d realized. Hopefully they would be able to beg off from the party after an hour or two. She gestured toward the loveseat and lowered herself into her own chair.
“I’m sorry, Ms. Ford, for keeping you here this evening. I see that your staff has all gone home.”
Sally shook her head, then wished she hadn’t when the room spun for a brief moment. “I was planning to work late anyway.” After she’d heard the poor man’s story over the phone earlier, and his comments that had hinted of severe depression and suicidal ideation, she wasn’t about to make him wait until Monday.
She just hoped she could stay alert enough to be helpful. Fatigue was making her limbs heavy, and she realized her mind was wandering. Mr. Johnson was talking and she had no idea what he had just said. She shook her head again. Her vision blurred but her mind cleared enough for his words to partially register.
“What time is Mr. Tolliver picking you up, Ms. Ford?”
Sally tried to push herself up straighter in her chair. She wondered vaguely how this man knew about Charles. “What did you say?” Her voice sounded slurred, as if she’d been drinking.
“I need to know exactly when Mr. Tolliver was supposed to pick you up, Ms. Ford,” Johnson said more firmly.
Was supposed to, not is picking me up!
Panic shot through her system. Her brain told her body to jump up and run, but her limbs didn’t respond. They felt like they were made of lead.
“Why…” Sally’s head fell back against the chair, her neck no longer able to support its weight.
“Because that is when the clock starts,” the man said.
But Sally didn’t hear him. She had already sunk into darkness.

Kate Huntington-Canfield:
Born Kathleen O’Donnell, Kate has the Black-Irish coloring of dark curls and sky-blue eyes. At five-eight and with a decent figure–thanks to a good metabolism and tri-weekly aikido classes–she considers herself reasonably attractive. But occasionally another woman comes on to her hunky second husband, an uncomfortable reminder that she’s not quite in his league looks-wise.

Kate’s known for her voracious appetite, her inability to cook much of anything that’s edible, her warmth and intelligence, and an insatiable curiosity about what makes people tick. Her greatest passion, after her husband, is her work as a psychotherapist specializing in helping people recover from the traumatic events in their lives.

Trauma entered her own life a few years ago, when she was widowed at the hands of a killer with a murderous grudge against her and her close friend, lawyer Rob Franklin (Book 1 in the series).

Kate gets a second chance at love with private detective, Skip Canfield, but their respective professions sometimes bring murder and mayhem into their lives. Kate can’t help but worry that someday she will lose another husband to violence.

Reginald William “Skip” Canfield, III:
Skip Canfield is six-five and drop-dead gorgeous. Gold flecks dance in his hazel eyes and his straight, brown hair has an annoying habit of flopping down over his forehead. But he wasn’t always tall, broad-shouldered and buff. The short, scrawny teenager who was bullied because of his goofy nickname still lives inside of him.

One can hear a touch of his Texan origins in his speech now and again, even though he’s lived in Maryland a couple decades now. Sometimes he let’s that Texas drawl creep in on purpose, when he wants to charm the ladies.

He was a confirmed bachelor, until he reconnected with a former client during a case several years ago. That summer, he fell for Kate Huntington and fell hard. But she was still grieving for her murdered husband (Book 2).

Skip is nothing if not patient, and eventually his patience paid off (Book 3). His laid-back personality serves him well in his work as a bodyguard and private investigator. There’s only one thing that can cause him to lose his cool–a threat to his wife or kids.

He and Kate have built a good life together. He adores his sometimes intense, occasionally a tad jealous, but always delightful and delectable wife. 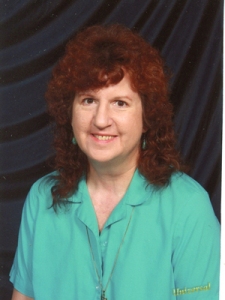 Writing and psychology have always vied for number one on Kassandra Lamb’s Greatest Passions list. In her youth, she had to make a decision between writing and paying the bills. Partial to electricity and food, she studied psychology. Now retired from a career as a psychotherapist and college professor, she spends most of her time in an alternate universe with her characters. The portal to this universe (aka her computer) is located in Florida where her husband and dog catch occasional glimpses of her. She and her husband also spend part of each summer in her native Maryland, where the Kate Huntington mysteries are set. 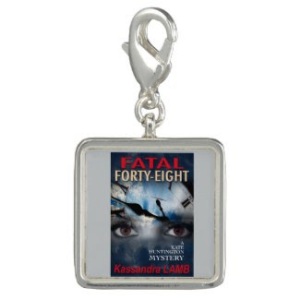 $20 Amazon gift card; either a book charm or key chain (winner’s choice) and a signed paperback copy of any Kate Huntington Mystery book.

(Note if the  winner is outside of the US/Canada, a comparable gift certificate may be substituted)