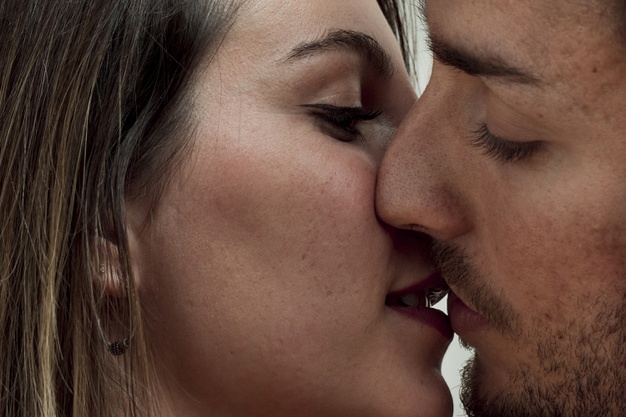 Is it a sexy glance from across the room? Does your heart beat faster with intimate whispers of what is to come? Perhaps knowing that the person you’re interested in shares a common value makes you swoon. Seduction is often thought of as a candlelit dinner, but it can be so much more. How do you define seduction?

Recently, the “Five Love Languages” has gotten a lot of attention. The principle behind this theory makes sense to me. It explains that seduction and falling in love doesn’t follow the exact same process for everyone. Just like we are attracted to different types, apparently we each respond to a different love language.

What Makes You Swoon?

Some people go weak in the knees when a present arrives. Others swoon when someone they are interested in casually touches them. Is attraction more physical or mental? Often times, people admit that attraction comes first because after all, we don’t necessarily know a person. Then, we get to know them and either the attraction grows with the knowledge we acquire about them, or it diminishes and we chalk it up to the person not being our type. What defines a relationship differs from couple to couple.

What is Your Love Language?

Here are the five types of love language:

The definitions are pretty self-explanatory and straight-forward. Think of what really moves you. Consider how you have ended up with your current or past partner.

If Words of Affirmation is your love language it means you value when your partner listens to you and expresses support. Acts of Service are those little gestures to show they care such as bringing you a Starbucks S’mores Frappucino because they know it’s your favorite drink. (By the way, check out the copycat recipe in the link.)

Some people feel loved when they Receive a Gift. Others want to their partner is willing to spend Quality Time with them. Finally, some people fall for someone when they receive appropriate Physical Touch such as hand holding or a hand placed on the small of their back.

In my book “A Much Younger Man,” my protagonist originally fell for her man when he chased down a perpetrator who stole her purse — an Act of Service. Of course, their relationship developed, went through ups and downs, but came out the other side in book two, “Another Younger Man.”

As a romance writer, I think the idea of the love languages as they relate to seduction is fascinating. I’m curious if one of these five love languages would garner a majority vote.

Consider taking my short (only 4 questions!) survey to receive a chance to win a free copy of “A Much Younger Man.”

How Do You Define Seduction Survey

Hello! Fans and friends. Valentine’s Day is past. The candy is gone, the flowers drooping, but we’re sharing with you some goodies for after the lovin’.  Our sponsor, Free Kindle Books & Tips is offering a winner a Kindle Fire 1080 Tablet, valued at $189. Another winner will snag a $100 Amazon gift card.  All of you will be winners when you download this wonderful array of must read books on offer. All free or 99c. We’re starting you off with Jackie Weger’s new Release, All Tomorrow’s Memories.

Click on the Banner to get to the Giveaway or Go HERE to get there. That’s not all. Scroll to the bottom for a Bonus Giveaway.  3 winners. $GC and print editions.

All Tomorrow’s Memories. Her health in unexpected jeopardy, Willa Manning makes a risky leap of faith to give her adopted daughter a set of biological grandparents. She sells all she owns to move cross-country to meet the older couple, yet soon finds herself reckoning with feelings for the acerbic, idiosyncratic lawyer who brought them together. Amazon 99c. Nook. Kobo. Apple iBooks. Google Play.  Sweet Romance, Small  Town Romance.

She Belongs to Me. In this tightly woven tale of love, possession, and secrets, police detective Jordan Monroe finds his wife unconscious, clinging to life. Was the shooting self-inflicted or attempted murder? He must uncover the mystery of his wife’s past before it claims them both. FREE on Amazon. Over 1000 Reviews.

Touched by Lightning. Since his death three years earlier, his life hadn’t been the same. Photographer Adrian Wilde is struck by lightning … but it’s not his life that flashes before his eyes. His soul connects with a beautiful woman in a fiery explosion. And then, three years later, she shows up in the background of one of his photographs…Readers who love Nora Roberts, Kay Hooper, and Lisa Gardner will enjoy this novel of suspense, romance, and a touch of the paranormal. FREE on Amazon.

A Heart Not Easily Broken. Ebony Campbell is a smart, sexy career-oriented woman who wants nothing more than a summer fling with a man who challenges her mind and body. Brian Young, a blond-haired, blue-eyed bass player steps up to the challenge. Soon Ebony’s dreams spiral into lies and secrets that threaten her future and the trust of those she loves. FREE on Amazon.

Celebrity (A Bookish & Sexy novel). The journey of a young writer who trades her simple existence in Chicago for the glamorous Hollywood life, full of luxury and scandal. And where the general motto seems to be “live fast, die young”. Within twenty-four hours, Kendra Kensington’s life changes. She lands a million dollar contract for her latest novel, now on the road to becoming a movie, catches her boyfriend in bed with another woman, and decides to move across the country from Chicago to the City of Angels. But her new life harbors more demons than she had imagined. FREE on Amazon.

Second Chance Valentine. Ocean City Boardwalk Series. As teens, Josie and Alex fell head over toes in love, but circumstances ruined their one glorious summer. Josie fled town with a broken heart. Now Josie’s grandmother is ill and needs help with the family diner. So Josie returns only to discover she has a 180 pound problem—Alex is the Kitchen Commander at Joe’s Place. 99c on Amazon.

Same Time Next Year. Life is full of regrets. Fifty years ago, Twyla and Michael were torn apart, each blaming the other for the break-up. Now, 50 years later, once more where they met and fell in love, they hope to discover what really happened. Will the truth draw them together or force them farther apart? Love is forever, or is it? 99c on Amazon.

The Ebb (The Lady of the Pier trilogy, book 1). Sofia is reluctant to talk to boys. Gossip in her Greek village in Corfu is relentless. But Danny, a British tourist, is too charming and funny to resist. Just as she falls in love, strange dreams about a woman dressed in black begin to haunt her…  99c on Amazon.

Sweet Retaliation. Cassi draws every protective instinct Detective McGuire thought had disintegrated over years on the job. He becomes invested in her hot body, her plans for retaliation & her fighting spirit. Helpless, he watches her enter the underworld that’ll eat her alive. Then he sees her fight. And wonders if they’ll survive her. 99c on Amazon.

Believe. A romantic ghost story and love triangle tied to one woman’s need to…Believe. Love between Nate and Ella was everlasting and even survived his tragic passing. But when a new man enters Ella’s life, she must decide whether to release Nate’s ghost and take a second chance at love. 99c on Amazon. I’m so pleased to offer a Malibu Angel Giveaway! This Read and Review Giveaway is open to all Goodreads community members. Via this giveaway, ten lucky winners will receive a paperback edition of “Malibu Angel,” my upcoming contemporary/paranormal romance novel that is due to hit online bookstores August 2nd.

Winners understand that they are receiving the paperback in exchange for an honest review that they will publish on Goodreads and Amazon and anywhere else that they choose.

See the giveaway details
at Goodreads. It’s easy to win a $25 Amazon Gift Card. I’m holding a review prize for readers of “Believe,” a paranormal romance.

Just download your copy, which is marked down to .99 for the promotion, read and review. Once I hit 50 reviews on Amazon, I’ll choose at random a reviewer to win a $25 Amazon Gift Card. Simply leave the URL of your review on the pinned post of my Facebook page.

This special promotion will also apply to readers who have previously left a review of “Believe.”

And now, a little about “Believe,” the first novella in the Chasing Shadows Series:

Nate survived countless attacks on his Marine platoon while in Afghanistan, but one undying thought kept him safe — the knowledge that Ella was waiting for him.

Ella marked off the days until Nate’s return by writing letters to him, knowing that once he was safely home, they would fulfill their promise to live each day to its fullest.

Theirs was a love that would endure separation…even in the wake of a tragic accident.

Although now apart, Ella is given reason to believe in ghosts when Nate’s presence visits her and remains her lover. But when another man enters her life, Ella struggles to give herself over to a new love and maintain her bond to Nate’s ghost.

A romantic ghost story and love triangle tied to one woman’s need to…Believe.

I’ve discovered two truths in indie publishing…everyone loves a giveaway and reviews are imperative to authors. With this in mind, I’m offering an easy rafflecopter giveaway.

There’s still plenty of time and lots of ways to unlock points. So what are you waiting for? Check it out!

Want to be the first to view my newest cover as well as help spread the word? Sign up for the “Believe” cover reveal and you’ll get first looks along with being entered into a drawing for a free paperback edition.

The cover reveal will take place Feb. 10-14th. “Believe” is a story of hope and love as one woman finds herself in the midst of a rather unusual love triangle between her new love and her boyfriend who recently passed away.

I’d love to have you on board.