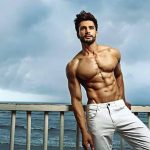 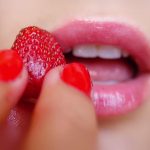 Date Night Mushroom Risotto is the perfect meal for a romantic dinner at home. If you’ve read my previous post about the ultimate date food, it ticks all the boxes. First and foremost, it’s delicious. It’s also impressive, easy to eat, and won’t leave you with bad breath or bloating. Most important, it’ll leave you wanting dessert.

These are the steps to making your Date Night Mushroom Risotto

Before launching into cooking, here are some “best practices” to keep in mind when making Date Night Mushroom Risotto.

Before starting, heat your stock in a separate pan over medium heat. Hot stock will help keep the temperature from dropping each time you add it to the rice. The faster your rice absorbs the liquid, the better your risotto texture will be.

In “Finding Nemo” Dory always said, Just keep swimming.” Swap that little song for “just keep stirring” and you’ll end up with perfect risotto. Arborio rice is very starchy, so the chances of burning increases. Do not leave it for even a second. Just keep swimming… err stirring.

You’ll notice that there aren’t a lot of ingredients. Therefore, the quality and flavor of each one is important. Fresh herbs. Fresh cheese. Parmesan from a can doesn’t belong in your date night mushroom risotto.

The whole point of this blog is to offer recipe advice for a sure-fire romantic meal. This is it! Put in the time before he arrives and all you have to do is heat up the risotto. Then, you can heat up the rest of the evening as well.